I knew Ryan & Esther since the late 90s, when we were all still in school. Was even colleagues with Ryan at Skin Couture for a while. But i never knew it was their dream, all along, to start a cafe that specialises in making coffee.

Fast forward to years later wheni met them at a church member’s wedding. I was leading praise and worship while Ryan was the guitarist. And as usual, his very lovely wife, Esther would be beside him, supporting him as he played. And then we chatted and try to do a bit of catch up over that30-60mins break we had before the wedding starts. Then, he begin to share that they are actually in the midst of setting up their own business. Icouldnt recall if he told me its coffee business buti do recall that theyare going to be their own bosses.
So the next thing i know, Habitat Coffee was started. Just like that. Well, at least to me it seems easy, but the truth of the matter is that it hasnt been easy for them. They prayed and prayed and worked hard and toiled for Habitat. The rest is history.
Let us take a look at how this coffee thingy all got started and how they have come so far to where they are now.
“TGS: The last i heard from both of you was that you are in the midst of setting up a cafe that sells coffee. The next thing i know, it was set up and officially opened for business. So how did all these got started?
Ryan & Esther (RE): Starting a cafe has always been on the back of my mind since I was of a pretty young age. It’s just that I did not find a focus on what kind of a f&b business I would like to venture into. Not until I found the love for the art of making coffee which actually spurred me into this current venture of mine.
TGS: Habitat Coffee shot to fame locally within a short span of 1 year (correct me if i am wrong pls), and now, so many people are queuing to have their chillax time in Habitat. Were there any difficulties so far from set up to where it is now? If yes, what are they?
RE: The start has always been a very rocky start. And in fact, we nearly had not enough to pay out for the following month in the early months due to lack of experience and no crowd to support the business. The difficulties we faced then were plenty. Some of which would be inexperience, financial back up and poor brand image.
TGS: What is the ONE thing that people will think about when it comes to Habitat Coffee? Eg: Food, Beverages, Services, etc.
RE: Consistent & good gourmet coffee, truffle fries, affordable brunch food & a rowdy good time.
TGS: I believe many have been to Habitat Coffee thus far. Name a few famous persons that have been there.
RE:
Ladyironchef
Diya & Carrie Yeo (chabansheng)
Chen Li ping
Felicia chin
Priscilla Chen
Terence cao
Ya hui
Belinda lee
Lai Yi ling
There are more but I can’t recall now.
TGS: Any future plans (or of expansion) for Habitat Coffee? The last i went, it was so full! In a good way, of cos!
RE: Expansion plans are on hold at the moment because our baby is on the way and family is of top priority now until it all settles down.
TGS: In both of your opinions, what factor(s) contributed to the success of your dream?
RE: It would be hardwork, hardwork and more consistent hard labour work. Not only working smart but working tirelessly improving our craft.
TGS: What advice would you give to anyone that has dreams but is afraid / worried to step out into action?
RE: Plan well, prepare relentlessly & risk wisely.
Don’t let inexperience and lack of knowledge get the better of you. Dreams can only become a reality when garnered with knowledge and hardwork. “
So, if you haven been to Habitat Coffee before, you should repent!
Just kidding! 🙂
Really, you should go try their coffee and signature dishes. Just be prepared to expect some queue during weekends. The last i went, there was a queue!
And also, once again, if you have a dream that have yet to live it out, STOP giving excuses and reasons that it cant be done. Its all in your mind.
And to both Ryan and Esther, i am sincerely happy for the both of you that you are living out your dream now. I pray that Habitat Coffee will continue to grow and expand the way both of you wishes in your hearts!
Gambatte!!
http://www.habitatcoffee.com.sg 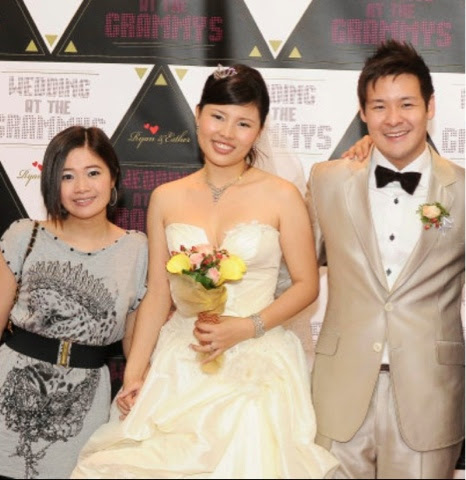 A throwback shot with them at their wedding 🙂

A simple collection on fashion, beauty and lifestyle. Would love to share this blog with the like-minded you! Enjoy!

How long is forever?